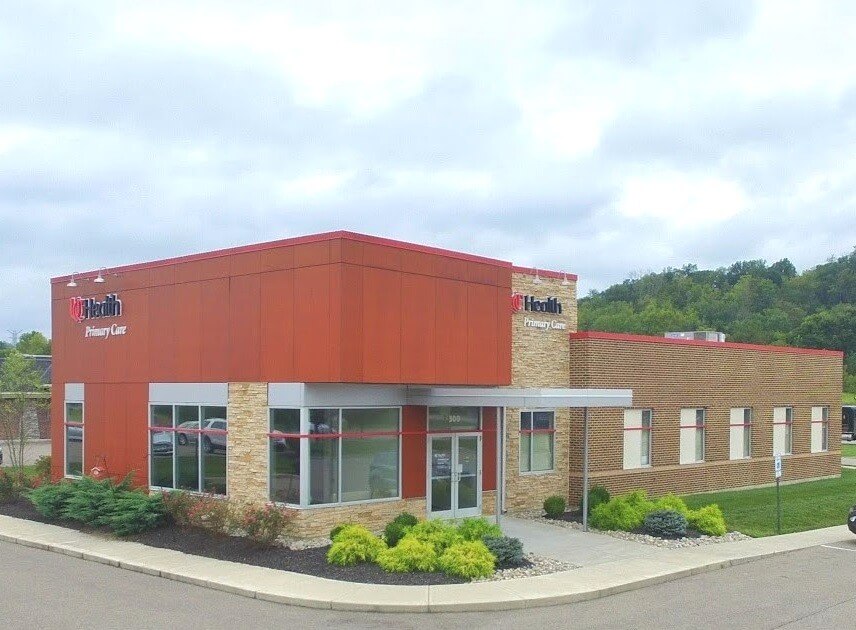 Short Description:
The Cooper Commercial Investment Group has been exclusively retained by ownership to sell the 100% fee simple interest in the single-tenant, NNN UC Health location in the desirable community of Milford, a suburb of Cincinnati, Ohio. The featured asset is being offered for $2,110,000, representing a 5.10% CAP Rate. UC Health hand-picked this particular location for its robust expansion in the medical field of primary care in the tri-state, Cincinnati region.

Details
Continually recognized for excellence and backed by the academic strength of the University of Cincinnati, one of the nation’s top 25 public research universities, UC Health is revolutionizing how discovery-driven care is delivered. The group includes over 800 physicians and has elite level investment grade credit of S&P “A”/Moody’s “A3”. The property is newer construction (2014) with UC Health’s lease commencing the same year giving 15 years of original term with 8 years remaining, currently at below market rents for similar users. The lease includes 2% annual rental increases throughout and also offers annual increases in each option period, giving substantial future growth. The asset is well-positioned as an outlot to a Walmart Supercenter and also as a shadow tenant to Target. UC Health is surrounded by an economically strong residential community with average household incomes of over $1115,000 and a robust population of over 80,000 residents within 5 miles. Milford’s growth is astonishing with approved and planned developments with Milford expecting significant growth for the next decade. Milford’s population is expected to noticeably increase with nearly 1,600 new homes and another 4,100 condo and/or apartment units. The property is positioned between Milford Parkway and Chamber Road with visibility from the front and back of the building. Chamber Road is the access road to the shadow anchors, while Milford Parkway includes loads of high-traffic retailers. Located at a signalized intersection of the entrance to Walmart Supercenter and the outlots, the property has incredibly easy access. For ease of access and convenience for its patients, the property sits just .2 miles from I-275 (direct access via Milford Parkway) with traffic counts of over 85,000 VPD along the highway. I-275 forms a loop around the entire City of Cincinnati and connects to I-71 and I-75 with direct routes to Downtown, 15 miles away. Milford Parkway’s constant flurry of traffic is a result of being one of the city’s main corridors hosting complimentary retailers, hotels, offices and attractions. The Starbucks, Taco Bell and United Dairy Farmers are all new construction positioned directly next to the property, as well as a new Staybridge Inn & Suites currently under construction and being built to accommodate the area’s demands. Some of the other surrounding retailers, include: Walmart Supercenter, Target, Verizon, Quaker Steak & Lube, Red Robin, Wendy’s, PetSmart, Dollar Tree, Cracker Barrel, Buffalo Wild Wings, Milford Cinemark 16 and many more. Additionally, just 2-miles from the property, the FC Cincinnati MLS opened the $30 million, 24-acre training facility, one of North America’s premier soccer training centers drawing more visitors and residents to the immediate area. The community offers a wide range of employment between the area’s retail sector and the region’s other major employers, while still being a short distance from Cincinnati for commuters to the city. The Milford area has several businesses and groups with substantial operations or headquarters, including Total Quality Logistics, Melink, Lykins Oil, Penn Station Sandwich Shop and Overhoff Technology, the North American headquarters of Tata. Several Fortune 500 companies are headquartered in Cincinnati, such as Procter & Gamble, The Kroger Company, and Fifth Third Bank. General Electric has also headquartered their Global Operations Center in Cincinnati, while the Kroger Company employs over 21,645 people locally, making it the largest employer in the city. The University of Cincinnati (15 miles) is the second largest at 16,000 and enrolls over 44,000 students. Bundling all of the attributes, this UC Health location will provide an investor the opportunity in today’s market to purchase a superior location with rental increases throughout their term. The asset is quality newer construction with excellent visibility and curb appeal, poised to be a solid investment well into the future.