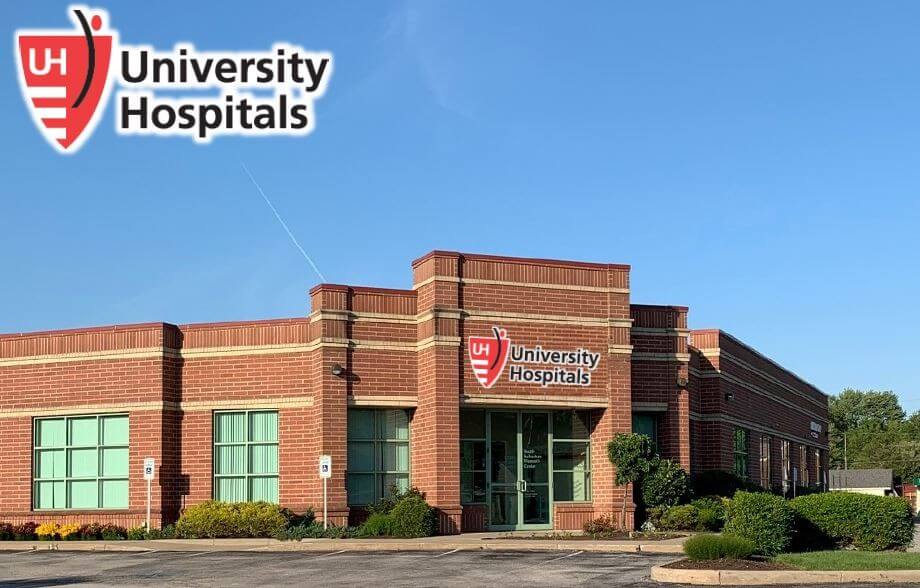 Short Description:
The Cooper Commercial Investment Group has been exclusively retained by ownership to sell the 100% fee simple interest in the single-tenant, Absolute NNN University Hospitals OB/GYN Office condo unit in the community of Garfield Heights, an east side suburb of Cleveland (10 miles), Ohio. The property is now being offered for $1,560,000, representing an attractive 10% CAP Rate and the ideal lease structure offers no management responsibilities to the new owner. The physicians of world-renowned University Hospitals selected this particular location for its expansion of services in the community.

Details
University Hospitals (UH) is one of the nation’s leading health care systems, providing patient-centered care that meets the highest standards for quality and patient safety and have received numerous awards and recognitions from some of the most prestigious institutions in the country for leadership and exceptional patient outcomes. UH Cleveland Medical Center ranked in seven of 12 adult specialties. It is ranked third among all hospitals in Ohio. Recently, U.S. News & World Report ranked UH Rainbow Babies & Children’s Hospital among America’s Best Children’s Hospitals in eight pediatric specialties, four of which rank in the top 25. The hospital system is the 2nd Largest Private Sector Employer in Northeast Ohio and has a Moody’s “A2” credit rating. The property has an aesthetically pleasing exterior and has been a medical office since the property was built. The University Hospital System took over the practice (formerly South Suburban Women’s Center) in 2020, to accommodate the needs for women’s and children’s services. University Hospital’s hand-picked this specific location due to its proximity to the new Ahuja University Hospital phase 2 expansion project that is expected to open in 2023. The new phase has a family-focused home for expectant mothers and newborns, called the Steve and Loree Potash Women & Newborn Center. The expansion will include maternal-fetal health services, labor and delivery, a neonatal intensive care unit and family gathering spaces. It is estimated that the Potash Women & Newborn Center at UH Ahuja will deliver approximately 2,400 babies annually. Considering the upcoming expansion, University directed its attention toward South Suburban’s location and productivity (one of the most, if not the most, prolific independent practices in Greater Cleveland). The OB/GYN physicians at the Sentry Center location will provide a substantial percentage of the increased deliveries – and other procedures — at the newly expanded hospital. Ahuja Medical Center is less than seven miles from Sentry Center. University Hospitals has already invested significantly in integrating the Sentry location completely into the hospital’s communication technologies with other assimilation advancements underway. One of the asset’s best attributes is its access and visibility to I-480. Traffic counts along the highway are over 154,000 VPD. Located along Granger Road, one of the city’s most notable roadways, traffic counts boast 18,335 VPD. Granger Road’s constant flurry of traffic is a result of being surrounded by major employers, schools and loads of residential homes. Some of the surrounding complimentary high-traffic generators, include: Giant Eagle/GetGo, Family Dollar, Chipotle, Wendy’s, Taco Bell, McDonalds, AutoZone and many more. Another great attribute of the medical office is that it is surrounded by a strong residential community with average household incomes of over $63,000 and a robust population of over 217,325 residents within 5 miles. The community offers a wide range of employment between the area’s retail sector and the region’s other major employers, along with being a short distance from Cleveland for commuters. Garfield Heights is home to Cleveland Clinic’s Marymount Hospital and Sports & Rehabilitation Hospitals that employs over 3,000 people, making it the city’s largest employer. The city also has medical facilities from both of Cleveland’s world-renowned systems, University Hospitals, and Cleveland Clinic. Additionally, The Ohio Department of Transportation has its District 12 HQ in the city, while The Ohio Catholic Federal Credit Union is one of the largest credit unions in Ohio and has its headquarters in Garfield Heights. The close proximity to Garfield Heights Local Schools provides education to nearly 3,625 students, along with Trinity High School being located just 0.5 miles from the featured property. Bundling all of the attributes, this UH OB/GYN office location will provide an investor the opportunity in today’s market to purchase a superior location with remarkably stable tenant with excellent visibility and curb appeal, which is poised to be a solid investment well into the future.